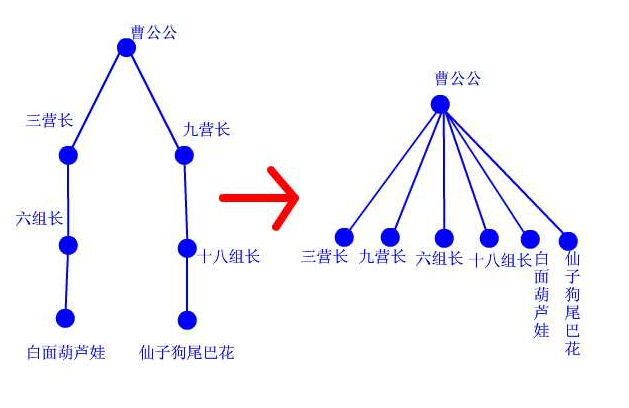 Telefraud（电信诈骗） remains a common and persistent problem in our society. In some cases, unsuspecting victims lose their entire life savings. To stop this crime, you are supposed to write a program to detect those suspects from a huge amount of phone call records.

A person must be detected as a suspect if he/she makes more than K short phone calls to different people everyday, but no more than 20% of these people would call back. And more, if two suspects are calling each other, we say they might belong to the same gang. A makes a short phone call to B means that the total duration of the calls from A to B is no more than 5 minutes.

Each input file contains one test case. For each case, the first line gives 3 positive integers K (≤500, the threshold（阈值） of the amount of short phone calls), N (≤10​3​​, the number of different phone numbers), and M (≤10​5​​, the number of phone call records). Then M lines of one day’s records are given, each in the format:

where caller and receiver are numbered from 1 to N, and duration is no more than 1440 minutes in a day.

If no one is detected, output None instead.

Note: In sample 1, although 1 had 9 records, but there were 7 distinct receivers, among which 5 and 15 both had conversations lasted more than 5 minutes in total. Hence 1 had made 5 short phone calls and didn’t exceed the threshold 5, and therefore is not a suspect.