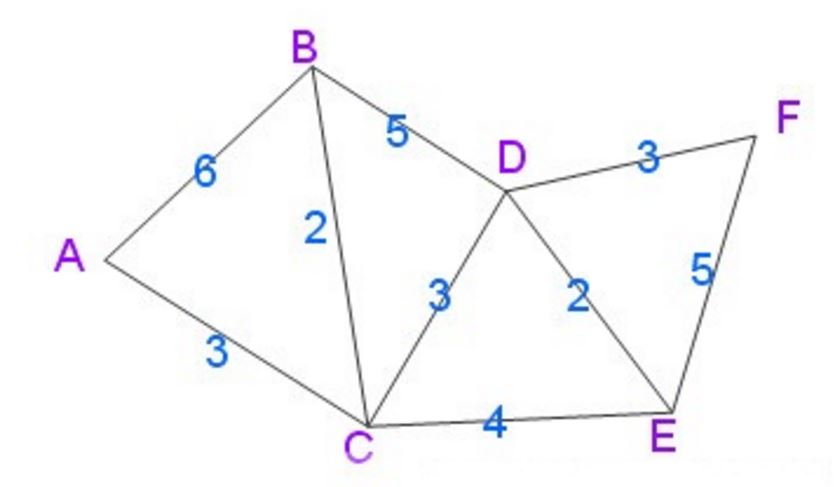 As an emergency rescue team leader of a city, you are given a special map of your country. The map shows several scattered cities connected by some roads. Amount of rescue teams in each city and the length of each road between any pair of cities are marked on the map. When there is an emergency call to you from some other city, your job is to lead your men to the place as quickly as possible, and at the mean time, call up as many hands on the way as possible.

Each input file contains one test case. For each test case, the first line contains 4 positive integers: N (≤500) – the number of cities (and the cities are numbered from 0 to N−1), M – the number of roads, C​1​​ and C​2​​ – the cities that you are currently in and that you must save, respectively. The next line contains N integers, where the i-th integer is the number of rescue teams in the i-th city. Then M lines follow, each describes a road with three integers c​1​​, c​2​​ and L, which are the pair of cities connected by a road and the length of that road, respectively. It is guaranteed that there exists at least one path from C​1​​ to C​2​​.

For each test case, print in one line two numbers: the number of different shortest paths between C​1​​ and C​2​​, and the maximum amount of rescue teams you can possibly gather. All the numbers in a line must be separated by exactly one space, and there is no extra space allowed at the end of a line.

A traveler’s map gives the distances between cities along the highways, together with the cost of each highway. Now you are supposed to write a program to help a traveler to decide the shortest path between his/her starting city and the destination. If such a shortest path is not unique, you are supposed to output the one with the minimum cost, which is guaranteed to be unique.

Each input file contains one test case. Each case starts with a line containing 4 positive integers N, M, S, and D, where N (≤500) is the number of cities (and hence the cities are numbered from 0 to N−1); M is the number of highways; S and D are the starting and the destination cities, respectively. Then M lines follow, each provides the information of a highway, in the format:

where the numbers are all integers no more than 500, and are separated by a space.

For each test case, print in one line the cities along the shortest path from the starting point to the destination, followed by the total distance and the total cost of the path. The numbers must be separated by a space and there must be no extra space at the end of output.